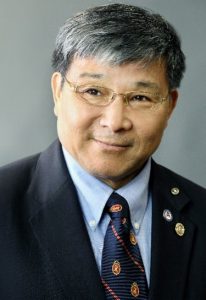 He acquired Asian American Publication, Inc. in 1995, providing business directories and community resource guides for the burgeoning Asian American population in metropolitan Atlanta and the State of Georgia. In the mean time, he embarked on a new career as freelance translator and interpreter. Later that same year, he founded Asian American Media Group, Inc., now A-A Language Services, LLC, offering a full range of multilingual and multimedia communication services in all languages to private businesses and government agencies around the world. The dynamic enterprise culminates his vision to promote understanding among cultures in both the local community and the global marketplace.

Guan is very active in the community as well as Georgia politics. He was the Republican Nominee for State Senate District 5 in 2010 and again this year for State Senate District 40. He served as the Assistant Administrator of Translation Company Division (TCD) (1999-2000) and the Administrator of Chinese Language Division (CLD) of American Translators Association (ATA) (2006-2008), the President of Atlanta Association of Interpreters and Translators (AAIT) (2001-2002) and the Chairman of the Board immediately after (2003-2004). A graduate of Atlanta Regional Leadership Institute Class 2006, he had served in multiple non-profit charitable organizations, on the boards of the National Family in Action, Inc., the Partnership for Community Action, Inc., and the Asian American Resource Center, Inc. He also served as the President of Rotary Club of North DeKalb (presently Atlanta), and Chairman of Fellowship and Recreations for Rotary International District 6900.